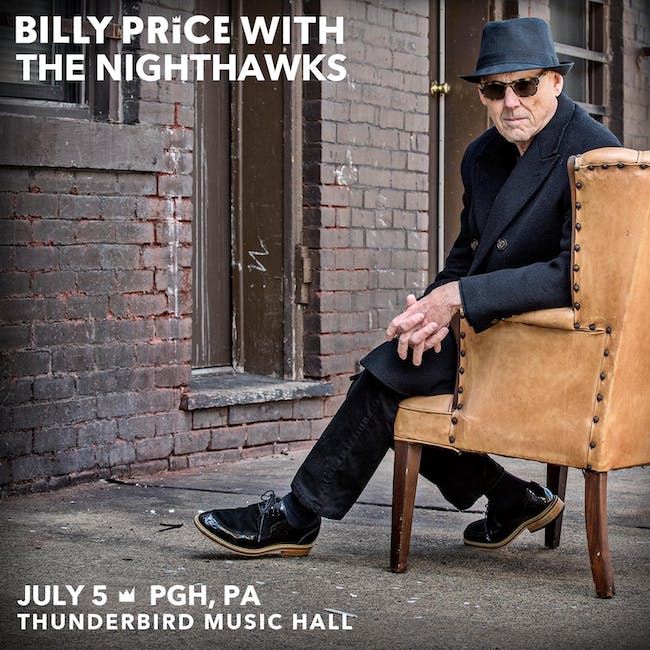 iCal
Google
This event is all-ages, at the Roxian Theatre, and it is a FREE SHOW!

with John & Rick of The Pawnbrokers (acoustic set)

Reservations for this event are available but are not required for entry!

2016 Blues Music Award Winner Billy Price first attracted national attention during his three-year association with guitarist Roy Buchanan. Price is the vocalist on two of Buchanan's LPs, That's What I'm Here For and Live Stock. Since then, with the Keystone Rhythm Band, the Billy Price Band, and solo projects, Billy Price has recorded and released a total of 16 albums, CDs, and DVDs. In April 2016, he was officially recognized and inducted as a Pittsburgh Rock ’n Roll Legend at an award ceremony.

Price’s album This Time for Real, with the late Chicago soul singer Otis Clay, received a 2016 Blues Music Award in the category of Best Soul Blues Album of 2015.

His latest album Reckoning, produced by Kid Andersen at Greaseland Studios, was released on June 15, 2018 by Vizztone Label Group. It has been nominated for a 2019 Blues Music Award in the category of Best Soul Blues Album of 2018.