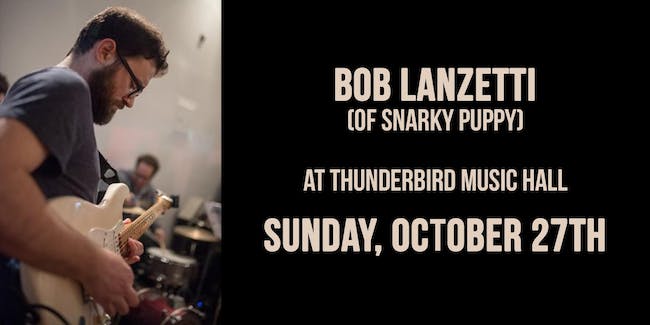 Bob Lanzetti's group consists of a collective of old friends who have been playing together in a variety of settings for over a decade. The band is able to move as one, effortlessly changing styles as well as weaving between composition and improvisation. The group draws inspiration from many genres of music. In a given performance you can hear hints of Americana, jazz, avant-garde, rock, afro-beat, country, and free improvisation, sometimes all within the same tune.

Bob released his debut record as a leader entitled, Whose Feet are These That are Walking, in fall of 2017 to positive reviews and has done a number of US tours in support of the album.