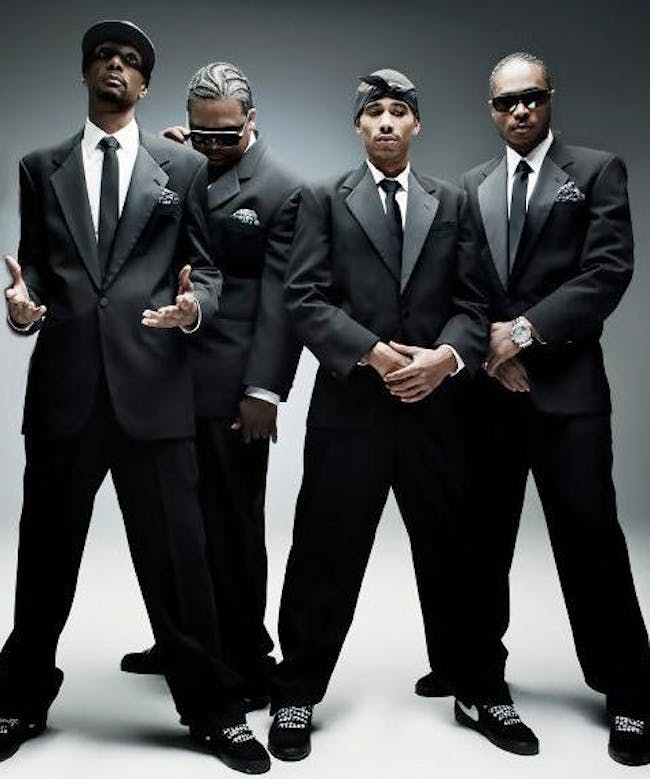 ***Pittsburgh -- Due to circumstances outside of our control, we regret to inform you that Bone Thugs-N-Harmony at Roxian Theatre on 5/9/2020 has been cancelled. Refunds can be obtained at original point of purchase. For more information, please visit: https://livemu.sc/2vQAUhc

No other one has done more to prove that rap at it's hardest and melody at its most sublime were meant to live together in thuggish, ruggish harmony than this legendary Cleveland hip hop band, who won their Grammy for "The Crossroads" 17 years ago. It's a song that still brings back emotional memories of the era and of lost heroes like Tupac Shakur and Easy E, the West Coast impresario who helped bring the band to prominence and who has been known to appear at their concertsin hologram form. But for all the hip hop history that they have been a part of, don't expect the re-united Flesh-n-Bone, Bizzy Bone, Krayzie Bone, and Wish Bone to be all about nostalgia. Their trademark rapid-fire delivery and distinctive melodies remain intact (and a chief reason why they remain so inspirational to current touring acts like Wiz Kahlifa and Kendrick Lamar). But they've matured a lot since the '90's. Ticket holders can expect to hear their concerns run towards justice, spirituality and their fallen friends as much as it does the thug life. But despite their wiser stand, the Bones are as 'street' as they ever were, and we are all the better for it.

Bone Thugs-n-Harmony is an American hip hop band from Cleveland, Ohio formed in 1991. It originally consisted of rappers Layzie Bone, Flesh-n-Bone, Bizzy Bone, Krayzie Bone, and Wish Bone. Rapper Eazy-E of the group N.W.A signed Bone Thugs-n-Harmony to Ruthless Records in late 1993, when Bone Thugs debuted with EP Creepin on ah Come Up. The EP included the hit single "Thuggish Ruggish Bone". In 1995, the group released its second album, E. 1999 Eternal, which included hits "1st of tha Month" and "Tha Crossroads." A tribute to the recently deceased Eazy-E, "Tha Crossroads," won a Grammy award in 1997. The Art of War, the group's third album, was also released in 1997. Bone Thugs is also the only group that has worked with deceased artists 2Pac, The Notorious B.I.G., Eazy-E & Big Pun while they were still alive. The editors of About.com ranked them #12 on their list of the "25 Best Rap Groups of All Time", and MTV called them "the most melodic hip-hop group of all time"