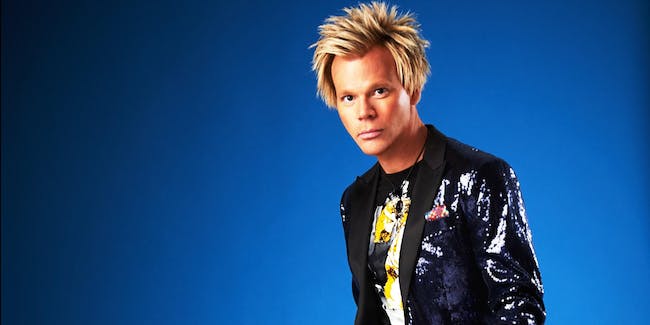 ***Pittsburgh -- Due to circumstances outside of our control, we regret to inform you that Brian Culbertson: The XX Tour on Friday, April 10th, at Roxian Theatre has been postponed until further notice. Hang on to your tickets, we’ll email you (and post updates here) as soon as a new date is announced.***

Thank you for being an American Express® Card Member! Please choose from the below options to reserve your seat to Brian Culbertson! Tickets available between Wednesday, November 13th at 10am and Thursday, November 14th at 10pm.

**Payment is limited to American Express Card members only. Enter your AMEX card number at checkout to qualify.

Brian Culbertson is an award-winning multi-instrumentalist, songwriter and producer known for his distinct brand of genre-crossing contemporary jazz, R&B and funk. Mining the urban sounds of musically-rich Chicago, he began his musical studies on piano at age eight and quickly picked up several other instruments by the time he was twelve, including drums, trombone, bass and euphonium. Inspired by the iconic R&B-jazz-pop artists of the 1970s like Earth, Wind & Fire, Tower of Power, Chicago, David Sanborn and others, Culbertson started composing original music for his seventh grade piano recital and hasn’t stopped since, amassing 30 Billboard No. 1 singles (and counting!) and a deep catalogue of 18 albums, most of which have topped the Billboard contemporary jazz charts.

Having worked and performed with countless industry all-stars such as Michael McDonald, Chris Botti, Ledisi, Barry Manilow, Herb Alpert, Natalie Cole, Maurice White (EWF), Chuck Brown and Bootsy Collins just to name a few, Culbertson has won numerous awards and accolades along with nominations from the NAACP Image Awards and Soul Train Awards. In 2012, he founded the Napa Valley Jazz Getaway, a flourishing wine, music and lifestyle experience for which he also serves as artistic director.

With love, romance and his recent twentieth wedding anniversary serving as his inspiration, Culbertson crafted thirteen new songs that was released as “Colors of Love” this past Valentine’s Day. The seduction begins with the first single, the amorous title track, which is a sensual R&B groove illuminated by lyrical acoustic piano melodies typical of the collection’s contents. A nearly three-month-long U.S. concert tour brought “Colors of Love” to life in a vivid theatrical production, incorporating video elements in a major way.

Regardless of his success and numerous accomplishments, fans can rest assured that Culbertson always brings his very best – and brings the very best out of others – in all of his broad-ranging musical and creative endeavors.