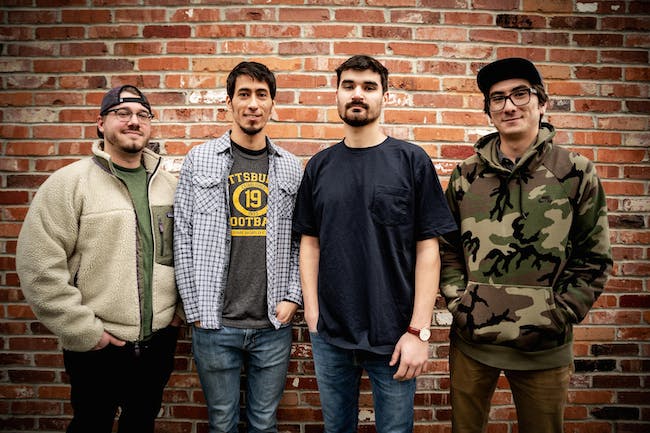 Chalk Dinosaur was founded in 2008 by John O’Hallaron and since then the recorded works and performances alike have been constantly evolving and mutating. Chalk Dinosaur exists today as a four piece band featuring Nick O’Hallaron (drums), Andrew Belcastro (bass), and Jon Henderson (guitar). Fresh off the release of the 19th album, “Song of an Eastern Wind”, there’s no shortage of tunes to explore. If you’re looking for something that features the sound of the full band as it exists today, check out the album called “Sprout”.

Chalk Dinosaur has had the opportunity to play at some great festivals including Electric Forest, Domefest, and Summerdance, serenading the unsuspecting crowd with their signature “’beetis rock” sound. Known for filling their bass drum up with Filet’o’Fish sandwiches in order to blast hot fish sandwich air out into the crowd with every beat of the drum, the band has created an appetite amongst music lovers who have come to crave fried fish sandwiches every time they hear a Chalk Dinosaur song. The opposite is also true, whenever they smell fried fish, they are compelled to listen to Chalk Dinosaur. The band has pioneered a concert experience unlike any other, linking the senses of hearing and smell, blasting hot fish air out into the crowd and making them hungry for more. The ultimate goal of the band is to become a successful fried fish sandwich enterprise. To be honest the music is just a stepping stone.