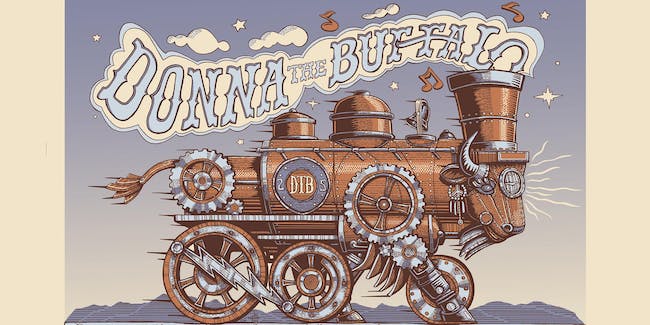 Purchase tickets to Donna The Buffalo on 8/9 at 12pm!

Donna the Buffalo joined forces with legendary Producer & Engineer Rob Fraboni to record their new album DANCE IN THE STREET at Sonic Ranch, the world’s largest residential recording studio built around an 80-year-old hacienda on a 3,300-acre pecan orchard right along the Mexican border, near El Paso TX. Fraboni is well known for his work with Bob Dylan, The Band, Eric Clapton, The Rolling Stones, The Beach Boys, Joe Cocker, Bonnie Raitt, as Vice President at Island Records where he oversaw the remastering of the entire Bob Marley catalog as well as producing the soundtrack on Martin Scorsese’s groundbreaking concert movie, The Last Waltz. He built and designed the legendary Shangri-La studios in Malibu to the specification of Bob Dylan and the Band and is referred to as a “genius” by Keith Richards in his bestselling autobiography Life.

Purchase tickets to Donna The Buffalo on 8/9 at 12pm!