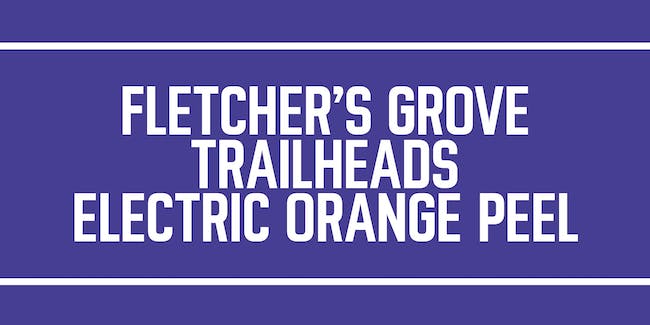 iCal
Google
This event is 21+ unless accompanied by a parent or legal guardian, and is a FREE SHOW at Thunderbird Cafe!

Fletcher’s Grove have been kicking around West Virginia for close to ten years, with the initial group beginning when its members were still in high school. After finding some success with their debut record All the Way Home in 2009 and getting their feet wet in the regional scene, the group went through a few different lineup changes, releasing 2012’s Appalachian Reaction and 2015’s live album Twenty Fifteen during the process. The band settled into their current configuration prior to recording 2017’s Fletcher’s Grove.

Waiting Out the Storm, the forthcoming LP from West Virginian quintet Fletcher’s Grove, is a lyrically driven journey through the diverse roads of contemporary bluegrass in Appalachia. Full of symbolic storytelling and twangy acoustic instrumentation, Fletcher’s Grove craft tunes that paint an emotionally immersive picture for the listener. From longing blues inspired ballads to energetic foot-stomping dancehall tracks and languid ballads Waiting Out the Storm shows a cohesion that can only be achieved through virtuosity.

Lyrically, the record speaks to the universal, slice-of-life experiences that makes us who we are; the restless longing to explore new vistas, the grit it takes to wait out misery passing, and the pressure inherent in trying to navigate the nonstop reality of life in the new century. Sonically the record shows a wide range of diversity, all while breezily embracing what drummer Bailey calls “an acoustic vibe.”

A well-crafted album, Waiting Out the Storm is a compelling meditation on our shared humanity. Speaking to the innate desire to be recognized and represented, it thoughtfully presents a myriad of feelings throughout its melodic meanderings. Bailey sums it up eloquently; “great music teaches us a little something about the world we live in and maybe a little something about ourselves.”

Since forming in fall of 2015 TrailHeads has quickly carved out a name for themselves as a hard hitting funk force to be reckoned with.

With an unmistakable sound and a deep musical connection, TrailHeads is able to push their high energy and draw upon different musical backgrounds to weave in and out of genres and extended jam segments to new musical heights.

After a line-up change and a debut album "Gotta Do It Like This" they have been playing many music festivals and top music venues all over. TrailHeads has received critical acclaim as "one of Pittsburgh's best up and coming bands of 2016" by CBS Pittsburgh.

Sworn enemies of musical sameness, Electric Orange Peel has been hell bent on getting outside of the box since their inception in April 2013. The four-piece has been quickly making a name for themselves across the Midwest, consistently appearing on major festival lineups like Summer Camp, Resonance, and The Werk Out.

The band has been astounding audiences show-after-show with their intricate compositions and out-of-this-world improvisation. Drummer Dylan Aughe lays down wildly complex grooves for bassist Nate Labine to texture with masterful jazz licks. Marko Manastyrskyj brings massive energy with his insane chops on the keys, and Austin Crumrine ties it all together with jaw-dropping guitar solos and mind-blowing improvisational technique.

Fresh out of the studio recording their debut album, "Seed", EOP is on a serious tear right now and is showing no signs of slowing.