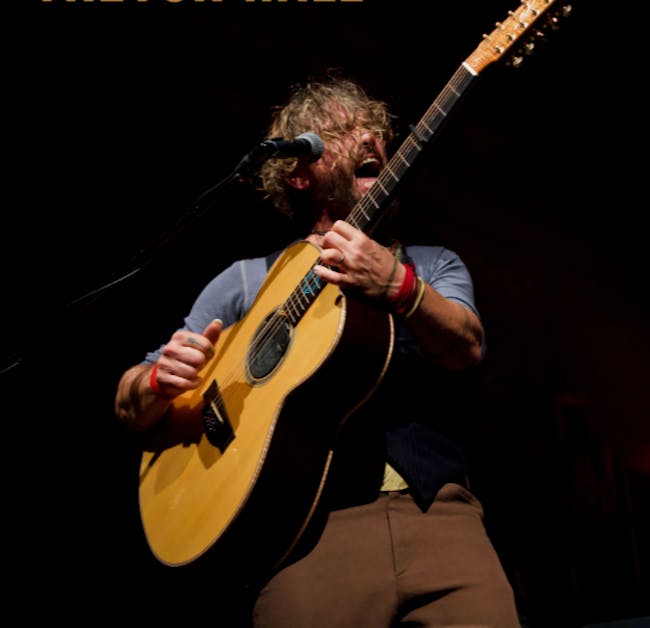 John Butler, on his album, "Home":

Every song and every album is different. Just when you think you’ve got it all worked out, the next one comes along and demands something completely new from you. If songs are wild brumbies then writers are Wranglers, or maybe horse whisperers, whose question is “how can I bring this untamed beauty home with me without breaking its beautiful spirit?”

This album was just like that. Over the course of four years, I’d amassed a mountain of songs and eventually it was time to corral them all into an album. I thought I knew how that was going to go. Usual scenario; I would work with a great producer and we’d head into my studio with my Grant Gerathy (drums) and Byron Luiters (bass) to saddle up some new tunes for the Trio. I know how this part goes, right?

This time there were other powers in the mix.

In 2015, to counterbalance our super urban touring life of living in buses and being in a different city every 24 hours, my partner Danielle Caruana (who’s also a touring musician) and I decided to move to the south of Western Australia where I grew up. At first, it was a great return to nature. There was no lack of manual labor, from building chook sheds and nurturing gardens, to chainsawing until my hands were numb. Splitting wood. Digging ditches. Fixing irrigation. However, once I finally stopped the frenzied activity of making this new home, a whole other beast arose from the now still waters of my subconscious.

I’ve been dealing with anxiety on and off for ages. I hadn’t always been able to name it; I used to think it was just a grumpy/overwhelmed dickhead reaction to the stresses of modern life and touring. But, now a more distilled technicolor cloak of anxiety wrapped me tight-chested with its impending doom. For the first time this century, I had stopped running relentlessly and so my past grabbed the chance to catch up with me. Instead of being soothed by our new surroundings, I was smothered by broken coping mechanisms, childhood baggage, and brooding existentialism. What a clusterfuck. I had returned to paradise only to be greeted by old demons I thought I’d lost in the fray.

This new home I’d worked so hard to create was making me more untethered and confused. I usually go to great pains to avoid those feelings; hence the workaholic control freak who has his own band, his own label, his own studio etc. It was in this fractured state that I started trying to wrangle this new mob of songs - songs about family life, love, and what it means to be a modern man and personal insights into dealing with my anxious projections. Songs have always been my friends. No matter what I’m going through they help me convey the things my heart feels but my brain is too afraid to say. But grappling with this herd in this state would prove uniquely tricky. As things turned out, that journey would be critical in helping me deal with my shit. In the meantime, I was lost and somehow had to find my way home. There was no choice. Like the classic children’s book We’re Going on a Bear Hunt says; “Can’t go under it. Can’t go over it. Can’t go around it. Must go through it.”

Even my starting point was different. In recent years, I’d finally discovered the joy of recording on my laptop. For the first time, I’d demoed my songs in hotel rooms, airports, and tour buses, drawing new inspirations from that process along the way. Being able to sketch out beats, bass lines and synth parts without all the technical apparatus of a full-fledged studio made new things possible. For better and worse, I got lost in this new world as I gradually wove the rich and wild tapestry that became the background of this album, time and chapter. I felt more at home than ever working this way. I thought I had a much more focused vision of my songs and their production because I’d spent so much more time messing around with them. And yet … when it came to turning those demos into an album, I felt more confused and scared than ever. WTF!!! What is that? “You Must Go THROUGH It!”

In November of 2016, we had our first recording session at my studio - The Compound in Fremantle - one producer, the trio and I. “The trio and I"? I know that sounds weird, but it was like I was split between what I had always done as a member of this tight-knit group and myself as an individual trying to realize a very personal vision. My sensitivity to everything was at an all-time high; partly due to anxiety and partly because my production ideas were so much more distilled than in the past. Grant and Byron couldn’t be more conducive to making great music but I was different this time - “it’s not you, it’s me!” I needed to find the mental and emotional environment that would help bring this album to life and for some reason, this way wasn’t working for me. The only songs we kept from that session were “Bully” and “You Don’t Have To Be Angry Anymore.” Classic! Here comes the baggage. Move through it.

Eventually, I had two other sessions - one with a different producer and the trio and another with a producer and just myself. Both sessions highlighted my ever-growing need to be alone as much as possible whilst making this album. That last session came after one of my worst anxiety episodes and turned out to be the turning point. We’d relocated to Melbourne for two months to spend time with Danielle’s family while she recorded her album with a dear friend of ours, Tommy Spender. At this point, I was happy just to be of service to the family and my wife’s career. I was so lost that it was actually a relief to step back from my music, drop anchor and attend to homeschooling our son while my partner was having the exact opposite flow with her recording process. “Let go and go with the flow!” Easier said than done, of course. Eventually, at Danielle’s wise insistence, I set up a small session with our longtime comrade and producer Jan Skubiszewski. This felt like a safe place - the right time and right person to bring a song home. Just Jan and I. No trio. It was uncharted territory, but “Tell Me Why” came out of this third session. Between my laptop demos with their beats and synths and Jan’s extensive experience with hip-hop, dance and band production, I was finally finding a new way of working - a new way of wrangling the brumbies.

Before starting the next recording block, Kav Temperley (Eskimo Joe) asked me to be part of a writing session. Through the co-writing process, I managed to wrangle a couple more unfinished songs into the muster. “We Want More” and the song that would become the name of this album were written in that session. ”Home” started to scratch the surface of the emotional and sonic landscape that would become the bedrock of this body of work.

Certain relationship themes solidified into songs over the course of this time. The boy walking around in a man’s body seemed to be the recurring archetype that I had been unpacking and exploring and “Miss Your Love” was my way of processing my own journey.

Keep. Moving. Through. It. The fourth session started again at the Compound. Back in the trio format, I was collecting group percussion for new tracks and also tracked some great drums and bass for “Tahitian Blue.” After that, I set course back east to Jan’s new Red Moon studios in rural Victoria to start in earnest and complete this album with just him and me.

Fifth time lucky. No Compound or Trio. I had to surrender all my preconceived ideas on how I thought things should be and flow with how they wanted to be. Once we built up the basic tracks, Byron and Grant came into beef up the beats and bass, bringing what only those two fine musicians could bring. Within a couple of months, we made a body of work that reflects the inner and outer worlds I was experiencing and observing in this challenging chapter of my life. As dark as all this probably sounds, there’s a lot of redemption on this album. It turns out that breakdowns can lead to breakthroughs if you’re willing to get under the bonnet and get your hands dirty.

Throughout the years that it took to make this album there were tears and frustration, confusion and chaos. But, there was family and friends, honesty and vulnerability, gardens and harvest, service and surrender. And amongst it all, ultimately, there was joy. Hell, even an earnest love song I've had for 13 years in “Just Call” finally finished and offered itself up for the saddle. What you’re hearing is the destination, but getting here felt like an odyssey; some rite of passage that I couldn’t go around, couldn’t go over, and couldn’t go under. I had to go through. 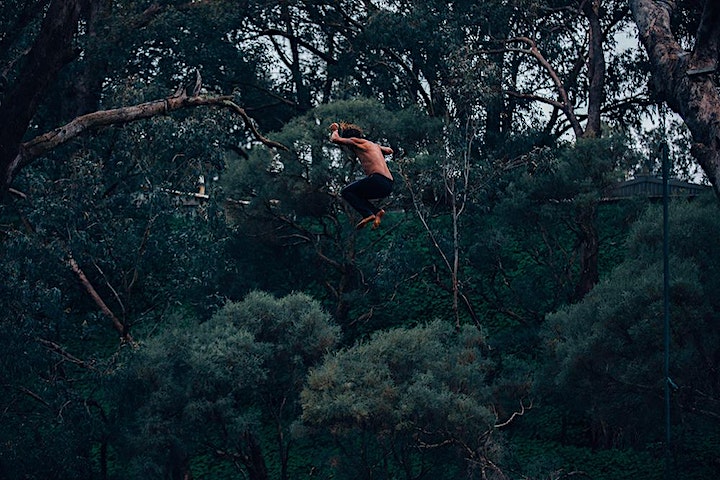 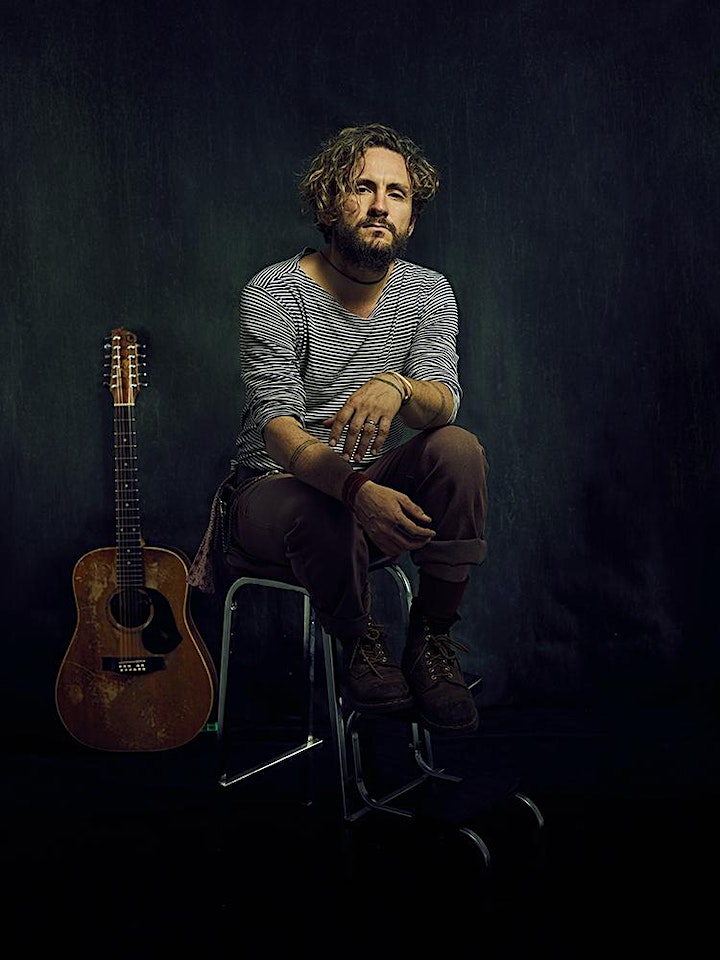