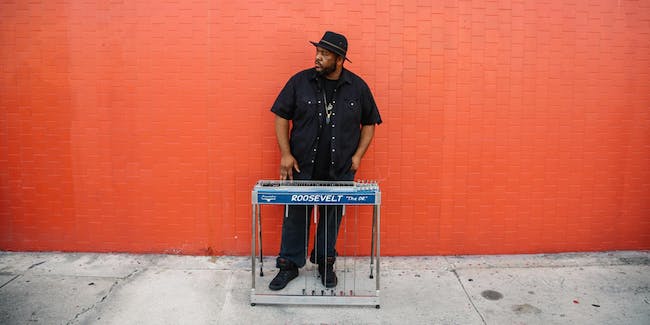 Soft spoken by nature, South Florida-bred Roosevelt Collier does his hollering on the pedal steel guitar. Brought up in the "sacred steel" tradition of the House of God Church, Roosevelt built his reputation alongside his uncles and cousins in The Lee Boys, known for their spirited, soul-shaking live performances.Seated front and center, "The Dr." leaves an indelible mark on listeners, flooring audiences with his lightning-fast slide work on the pedal steel.

At festivals, he is a regular "Artist at Large," performing alongside many of music's most prestigious acts, from the Allman Brothers, Tedeschi-Trucks, Los Lobos , the Del McCoury Band and countless others. In 2017, Roosevelt debuted his new project Bokanté - a "World Music All-Star Band" created by Snarky Puppy founder Michael League and featuring the vocals of Malika Tirolien.

As a bandleader, Roosevelt leads his world famous "get-downs" featuring a mixture of "superstars and church folk", his own "Jimi Hendrix Experiment"-style all-star trio, and in 2018 will release the long-awaited Roosevelt Collier debut record, featuring an incredible mixture of blues, gospel, rock, and funk all rolled up by producer and bandmate Michael League.

Electric Kif are a band who came together to perform music as an outlet in between sideman and session gigs with other artists ranging from Matt Schofield to Flo Rida…and many more in between. After a couple of years of hosting these well known jams in Miami, with numerous talented guest musicians joining them, the members realized their original music was taking its own form and getting a great response from those who heard it. They decided to write more, record again, and perform more of the KIF material.

The band come together creatively from very different backgrounds. Eric Escanes on guitar is from Bordeaux, France, Rodrigo Zambrano on bass is from Mexico City, Jason Matthewson keys proudly hails from Philadelphia, and Armando Lopez on drums from Miami. Their training and experience combined was bound to generate something special…but their energy and dedication has taken Electric Kif to another level. Following a performance at one of the festivals, they looked at each other and knew Electric Kif was their calling. Fast forward to 2016… the band had new recordings under way, started playing outside of Miami, and shifted their focus to launch Electric Kif nationally.

Armed with their latest record,Heist, which was recorded, produced by the quartet in their home studio, and mixed at City Of Progress Studio in North Miami, they are thrilled to release this music with distribution partners La Reserve Records. La Reserve is proud to have partnered with Electric Kif this year. As a new company focused on the music of tomorrow, sourcing and curating the most cutting edge arts from around the world - Electric Kif was a perfect fit with our vision” says Greg Mathews, founder of La Reserve.

With the start of 2017 they were honored to be invited to perform at the first annual Ground Up Festival, the Okeechobee Festival with Roosevelt Collier’s Allstar Band, to represent the best of Florida musicians at Orange Blossom Jamboree, to play the prestigious Rochester International Jazz Festival, and more. They will kick off their second national tour in June 2017, to support their latest release. 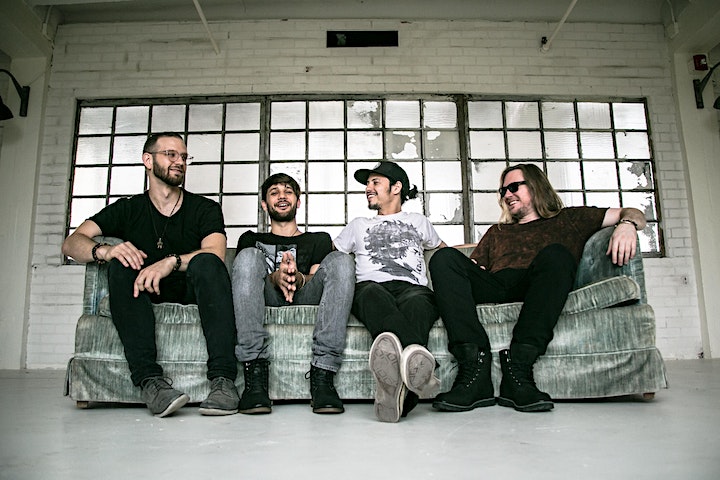