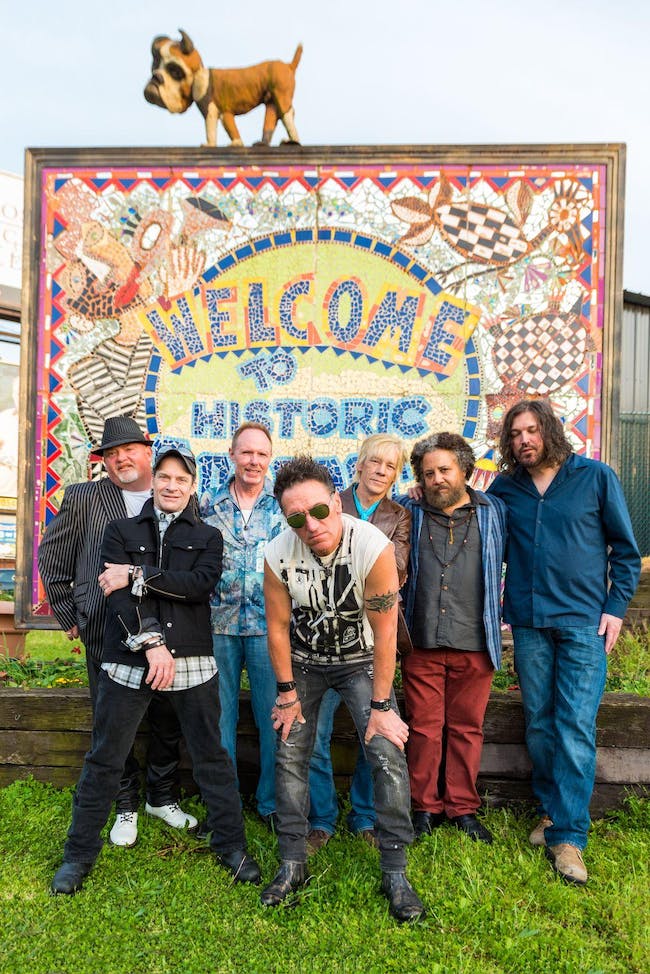 with Brewers Row and The Regal Sweet

Taking their name from the song by The Faces, The Borstal Boys are a rock and roll band with talent and experience to spare. Bassist, Rocky LaMonde, says the name describes, “A bunch of guys that may have been overlooked, but not for much longer.”

Boasting former members of Torn And Frayed, The Dirty Charms, Bill Toms and Hard Rain, and Rusted Root, the band has been busy recording and playing. No one member is new to the rock and roll scene, and understands that playing and being in a band is a labor of love. The band is:

Rocky LaMonde (bass) is a multi-talented musician. He is a former member of Dirty Charms, Torn and Frayed, and The Science Fiction Idols. Influenced by The Faces and The Rolling Stones, LaMonde is an enthusiastic and talented member.

Joe Pelesky (organ and vocals) has been playing since he was a teen. He has played with The Houserockers, Bill Toms and Hard Rain, to name a few. He has happily immersed himself in bands and music his entire life. Highlights of his musical career include hearing The Houserockers at The Decade long before he joined, playing and touring with Bruce Springsteen, and playing with The Band.

Darryl Thumm (guitar) sites influences like David Bowie, Mick Ronson, Jeff Beck, and The Rolling Stones. Thumm has been playing since he was a young lad. He still gets a thrill from it and especially loves it if it’s a song he wrote.

Scott Wilson (drums) taught himself to play by listening to The Rolling Stones. An accomplished drummer, he likens himself to a cross between Charlie Watts and John Bonham. He has notably played with Wasted Talent before moving to LA with Paul Shook and recording engineer, Jimmy Hoyson. Wilson has also played in Torn and Frayed and The Science Fiction Idols.

Vinny Q (guitar) has been a staple in Pittsburgh for years, from playing with The Zippers, Bill Toms, Joe Grushecky, Torn and Frayed, and The Dirty Charms. He also played with his mentor and friend, Norman Nardini. He is easily recognizable on-stage grinning ear-to-ear and sporting some of the best hair in rock and roll.

Mark Ponsonby (lead vocals) calls himself an “old hippie rock singer” and he has steeped himself in The Rolling Stones, The Beatles, The British Invasion, and Motown. He has played in Zion Cross, Zuzu’s Petals, and Captain Doobie and Big Bambu. He is excited to be part of The Borstal Boys and is happy living the rock and roll dream.

In every sense of the word, The Borstal Boys are a tenacious rock and roll band. Heavily influenced by The Rolling Stones, The Beatles, and The Faces, their songs are infectious, hypnotic, and keep the masses coming back for more.