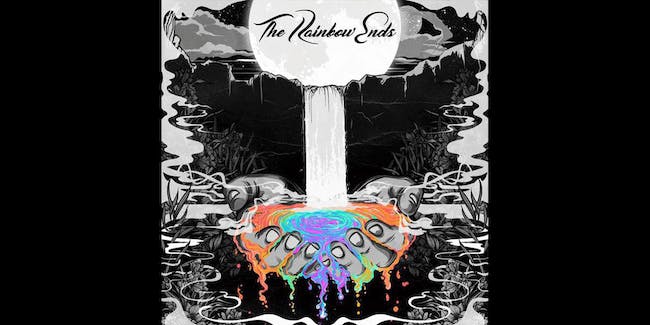 The Rainbow Ends formed in December 2015 with guitarist Joshua Carns joining forces with longtime friends bassist Kyle Greene and drummer Justin Landers. Their debut performance in March of 2016 was a rendition of the landmark Miles Davis album “Kind of Blue” at California University of PA.

In October of 2016 they were joined by drummer Justin Banks. One year later they recorded their debut album in October and November of 2017 “The Rainbow Ends” at Schoolhouse Studios in Youngwood, PA. In December of 2017 three time national Scottish fiddle champion Colyn Fischer lent his talent to the track “Stargazer” in a separate recording session, also featuring vocals by Carns and Hayley Dunhoff.

“The Rainbow Ends” was released on June 29, 2018 independently worldwide via CD Baby, drawing comparisons by reviewers to landmark Fusion acts Weather Report, Return to Forever, and Medeski Martin and Wood. Working with various producers to fuse jazz with modern sounds a series of remixes were subsequently released.

In April of 2019 prior to the summer tour season Banks departed the band for family reasons, and drummers Chris Belin, Justin Landers, and Luke Zajdel filled out the schedule. The band is going back into the studio in fall of 2019 to begin work on their second album