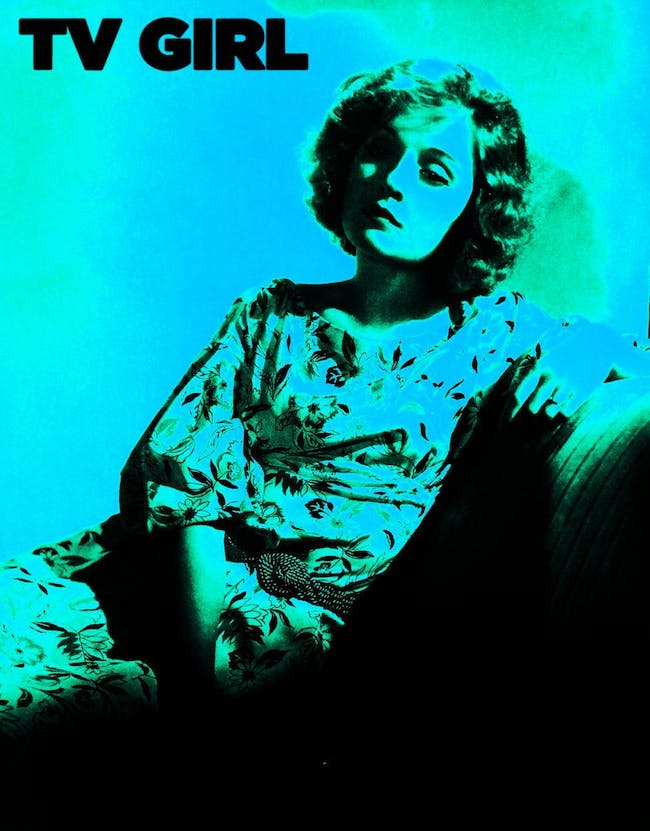 iCal
Google
This is an all ages show!

PITTSBURGH -- Due to circumstances outside of our control, we regret to inform you that TV GIRL has been postponed until further notice. Hang on to your tickets, we’ll email you (and post updates here) as soon as a new date is announced.

TV Girl released “French Exit” in 2014 to shrugs. It would take exactly 6 and half years for their storied debut album to be re-evaluated as the singular slice of sickly-sweet-downer-pop that we all know and love today. To capitalize on this fortuitous twist of fate, the “TV Girl traveling All-Star Band” will be performing their iconic album in its entirety, giving the album the triumphant national tour it always deserved. Don’t look at it as a cynical cash grab. See it for what it really is, the cathartic revenge of the underdog, courtesy of TV Girl, “The Last Great American Indie Band.”