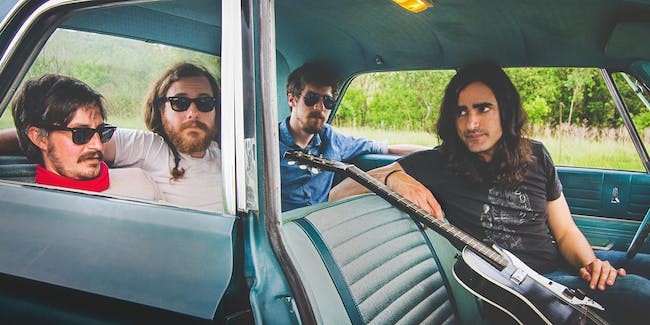 Andre Costello and The Cool Minors

with Her Ladyship and Jon David Russel

On the border of folk and rock, many of Andre Costello’s songs dance between the upbeat and the melancholy, often landing on both at once. The Pittsburgh artist isn’t so much a storyteller as picture-painter in his songwriting, calling to mind Wilco and My Morning Jacket in his chords and lyrics, and Leslie Feist and Neil Young in his vocal textures. (Painting pictures isn’t so unfamiliar to Costello, a graphic designer by trade.)

Costello started The Cool Minors as a solo project, with its first album issued in 2011. (“I wasn’t sure if it would turn into a full band,” he explains. “So ‘Andre Costello and The Cool Minors’ could be just me and the chords I was playing.”) The band solidified — began to and hit its stride — around 2012’s “Summer’s Best” EP, which later found accompaniment in a “visual EP” Costello issued: a full EP’s worth of music video. The Cool Minors are now real people — bassist Matthew Fiorillo and drummer Nicholas Charters, in addition to Costello himself. In 2014 came James Hart, well known around town as one of the voices behind The Harlan Twins, and a master of all things stringed and twangy.

Andre Costello and the Cool Minors have found local airplay up and down the dial — from adult-alternative station WYEP to alt-rock radio at WXDX, and a live performance on Pittsburgh’s longtime rock mainstay WDVE. Costello has shared the stage with bands like Atlas Sound, David Wax Museum and Kelley Deal’s R. Ring, and has been a featured guest at events like Pittsburgh DJ Randy Baumann’s Thunderbird Ramble and WYEP’s Holiday Hootenanny.

In 2018, the band continued its path of innovation, choosing to stage a custom laser light show at the Carnegie Science Center’s Buhl Planetarium to introduce the world to its new album, “Resident Frequencies.” Costello’s well-established ability to write a killer hook is paired on the new record with an intentional lack of urgency; some tracks sprawl into one another, building a dream of sorts, while others are straight odd-pop gold.