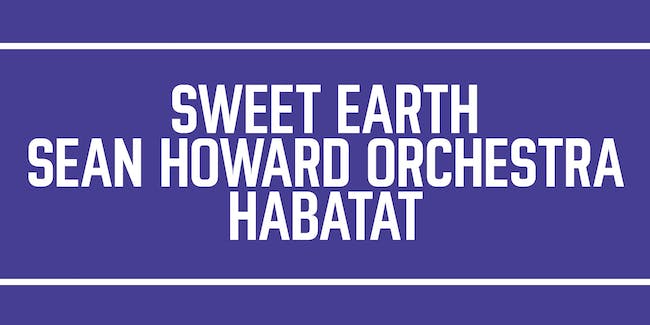 iCal
Google
This event is 18+ unless accompanied by parent or legal guardian and a FREE SHOW!

Born, raised and currently operating out of Pittsburgh, PA, the band has toured from coast to coast and shared bills with national and regional acts like Papadosio, Dopapod, The Werks, Twiddle, Pigeons Playing Ping Pong, Earphunk, The Mantras, Tauk, Turkuaz and many others.

The Sean Howard Orchestra, formed in late 2016, is your new working mans band, combining rock n roll, jazz, blues, and jamfunk to give you a nice cross of the music you want to hear. Playing Original tunes, to cover the classics with our own sho-spin to them.

The Sean Howard Orchestra (The Sho) is a live music project that promises to deliver a solid performance, but with a different line-up from sho to sho. This project encompasses the evolution of songs written by Sean, and an outlet to record, and release new music. Revolving members allows for ongoing inspiration from different musicians, and an ease of pressure for musicians to be available for gigs.

Since early 2012, The ever-blossoming psychedelic Jam/Funk/Rock outfit HABATAT has made positive strides in the Pgh, Pa suburbs sharing stages with the likes of“Twiddle”, “the Heavy Pets”, “Pigeons Playing Ping Pong”, and “Zack Deputy” to name very few.. Throughout 2013/2014, HABATAT focused on playing clubs, bars, bowling alleys, local venues, as well as festivals, fundraisers, and community events steadily building their following as they did.

The future looks extremely bright for this young group of euphonious pioneers. Combining gritty yet sultry vocals by Ryan Woods, colorful funky bass riffs from Kris Lupher, soulful solos from Cory "Gweedo" Mickinak, powerful dance/funk grooves by J.Banks and provocative horns from Josh Covert, this group will leave you floored with their energetic live performance; a raw boogaloo of sound.

Their music brings forth flashing vibes of some of the great legendary rock bands such as Cream, CCR, and The Grateful Dead but they are in a characteristic thumbprint completely of their own. Equipped with a four hour repertoire of original songs and ballads, Woods' vocalizations emit a fervent and rasping melody that sets the footprint for every song. The lyrical components of each verse are sung out with a boldness and warmth. Each one as good as the other.” By the great power of energy transmission between our close friends, the Habateers (fan club), and never ending support from family; We are happy to take you through our world of music and life, and continue to build to unseen horizons; growing as a community with people of love and passion in what they do and how we act with one another.